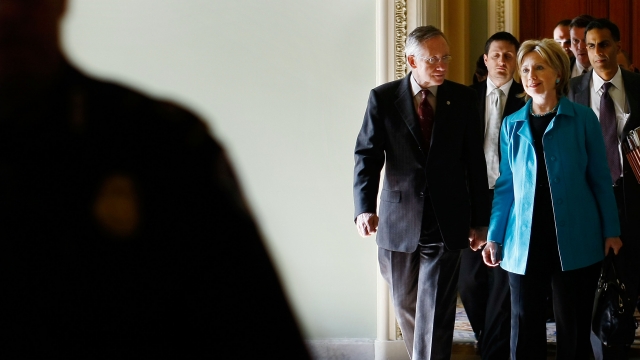 Hillary Clinton just won a major endorsement in her race for the Democratic nomination — from Senate minority leader Harry Reid. That's according to an exclusive interview with CNN.

"My work with her over the years has been something I have looked upon with awe," Reid said.

Reid told CNN he was endorsing Clinton just after she won the Democratic caucus in Reid's home state of Nevada.

According to FiveThirtyEight's tracking of endorsements, Clinton has 206 endorsements from representatives, senators and governors, compared to Bernie Sanders' three.

Correction: A previous version of this video misstated the number of endorsements Clinton had. This video has been updated.