Hillary Clinton Is The New Chancellor Of Queen's University Belfast 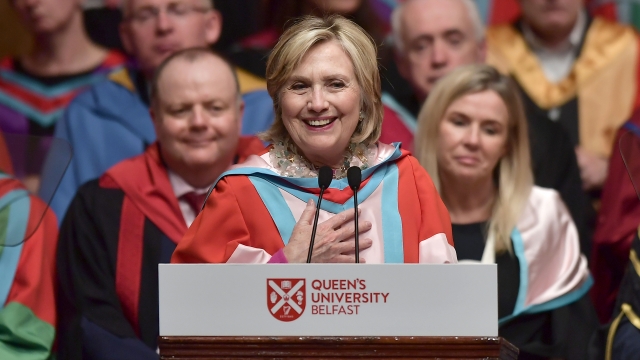 The university made the announcement on Thursday, but she officially stepped into the role the day before.

On Twitter, Clinton said it was a "great privilege" to become the university's chancellor. She said: "It's a place I have great fondness for and have grown a strong relationship with over the years, and I'm proud to be an ambassador for its excellence."

Clinton received an honorary doctoral degree from the university in 2018. As chancellor, she'll preside at graduation ceremonies and serve as an ambassador for the school. She'll also act as an adviser to the vice chancellor and senior management.

Stephen Prenter, the university's pro-chancellor and chair of its governing body, said Clinton "has made a considerable contribution to Northern Ireland and as an internationally recognised leader will be an incredible advocate for Queen's and an inspirational role model for the Queen's community."

Clinton will hold the position for five years.