Hillary Clinton Gets Closer To Making History With California Win 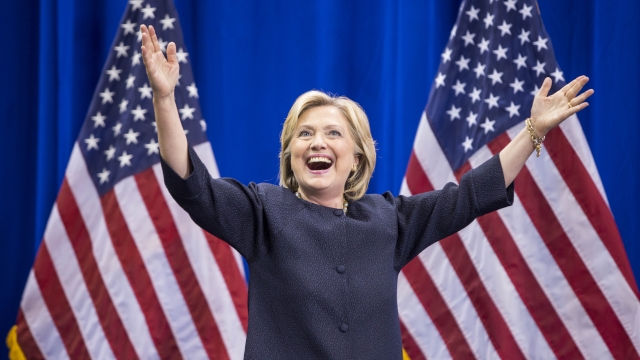 Hillary Clinton just won the California primary a day after the Associated Press reported she has enough delegates to clinch the nomination.

"Although we weren't able to shatter that highest, hardest glass ceiling this time, thanks to you, it's got about 18 million cracks in it," Clinton said in 2008.

Now, she's closer to breaking that glass ceiling than any other woman in history. Clinton is the first female presidential nominee of a major American party.

Going into Tuesday's primaries, Clinton led Sanders by 3 million votes nationwide. He focused his campaigning on California and was closing the gap in polls, but it wasn't enough.

In the past week, Clinton already turned her attention toward Trump, and now, her full focus is on the GOP nominee.

This video includes Getty images and clips from C-SPAN.