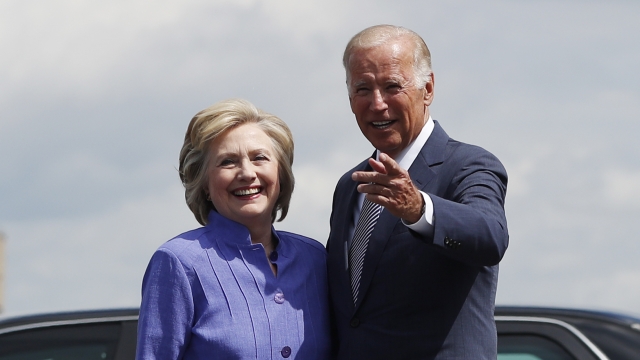 "I am thrilled to be part of your campaign, to not only endorse you but to help highlight a lot of the issues that are at stake in this presidential election," said Clinton.

The 2016 Democratic presidential nominee and former secretary of state said she wanted to add her voice to the "many who have endorsed Biden."

"Just think of what a difference it would make right now if we had a president who not only listened to the science, put facts over fiction, but brought us together," added Clinton.

The endorsement comes just weeks after Biden became the presumptive Democratic nominee. Clinton and the former VP both faced a serious primary challenge in 2016 and 2020 from the same candidate: progressive Sen. Bernie Sanders. This year, however, the primary battle ended earlier than in 2016 — Biden became the presumptive nominee last month. In 2016, Sanders continued to face off against Clinton into the summer months.

Biden has rolled out a number of high-profile endorsements in recent weeks while he's been confined to his home in Delaware.

After Clinton's endorsement was announced, Trump campaign manager Brad Parscale alleged Biden and Clinton "carry the baggage of decades in the Washington swamp and both of them schemed to keep the Democrat nomination from Bernie Sanders."