Hillary Clinton Endorsed As 'The Only Candidate' To Fight Gun Violence 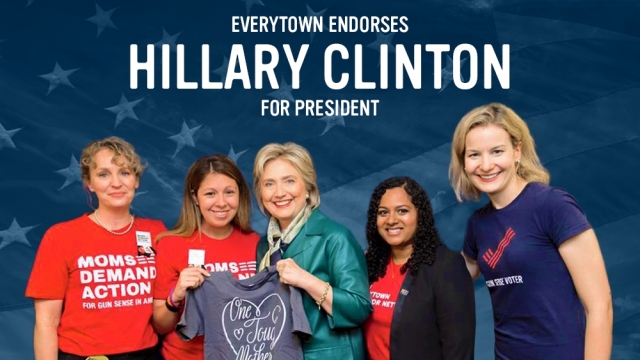 Hillary Clinton just got an endorsement from Everytown for Gun Safety, a gun control advocacy group.

This is the group's first presidential endorsement. The group said Saturday that Clinton was "the only candidate" to fight against gun violence.

Clinton was quick to respond, saying: "Unlike Donald Trump, I will not pander to the gun lobby. We will not be silenced, and we will not be intimidated."

While that statement likely helped Clinton get on gun control groups' radars, she has spoken out about background checks for guns in the past, especially this campaign cycle.

"We have to look at the fact we lose 90 people a day from gun violence. This has gone on too long," Clinton said.

"How much longer will we just shrug: 'Oh, my gosh. Something else terrible happened'?" Clinton asked.