Hillary Clinton Debates What She'll Call Bill If She Wins 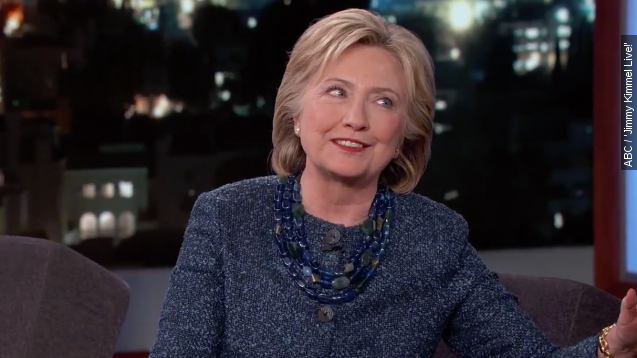 Hillary Clinton's presidential campaign has been plagued by one big, unanswered question. And on "Jimmy Kimmel Live!" she revealed even she doesn't have an answer for it. (Video via Hillary Clinton)

Yeah, no one has any idea what to call former president Bill Clinton if Hillary wins the election.

She also said her husband would still like a chance to run for president if he was eligible to run, but she wouldn't sweat it if he was actually in the race. (Video via Hillary Clinton)

"Would I beat him? Yeah," Hillary said.

At this point in her campaign, Clinton is no stranger to the late-night TV crowd. She recently sat down with Stephen Colbert and even made an appearance on "Saturday Night Live."