Hijabs & Runways: Why Designers Are Tapping Into Islamic Fashion 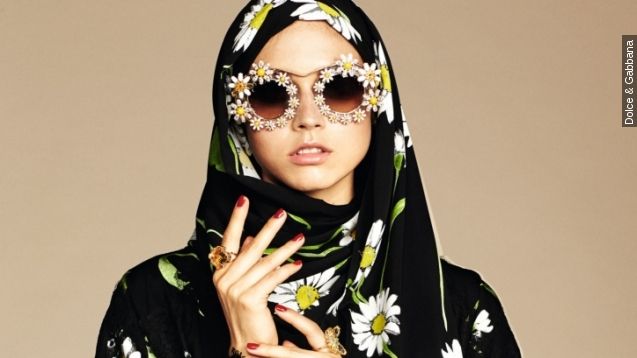 SMS
Hijabs & Runways: Why Designers Are Tapping Into Islamic Fashion
By Melissa Prax
By Melissa Prax
January 10, 2016
This week, Dolce & Gabbana said it was tapping into the Islamic fashion market. This year has seen various collections centered around Muslim fashion.
SHOW TRANSCRIPT

Earlier this week, Dolce & Gabbana revealed its spring-summer collection would include abayas and hijabs in select countries. But D&G aren't the only ones tapping into the Islamic fashion market.

The past year has arguably made Islamic fashion more mainstream after H&M included a Muslim model wearing a hijab in a video campaign and brands like Monique Lhuillier, Tommy Hilfiger and DKNY launched Ramadan collections.

Hijab literally means "cover" and dates back to 13 B.C., although, its use has changed over time. First, the hijab was for elites, then it was worn for religious reasons and now it has both a religious and cultural significance.

It's unlikely the sole goal of these companies is to promote cultural awareness. The Islamic fashion industry is on the rise. Some estimate that by 2020, it'll be worth around $327 billion. Which means there's an estimated 6 percent increase in the industry's worth each year.

Some experts say this steady increase is an outlier compared to other sections of the fashion industry that are currently down due to a worldwide economic recession. (Video via Vogue)

Dolce & Gabbana's collection isn't in the U.S. yet, but it will be in main fashion hubs like Paris, London, Milan and Munich.

The line is facing some criticism. Some of the abayas show more leg than what would be traditionally exposed with the use of cutouts and sheer material.

And some criticize that the models don't look Middle Eastern, which is interesting because the press release for the campaign said D&G wanted to tell "an enchanting visual story about the grace and beauty of the marvelous women of Arabia."