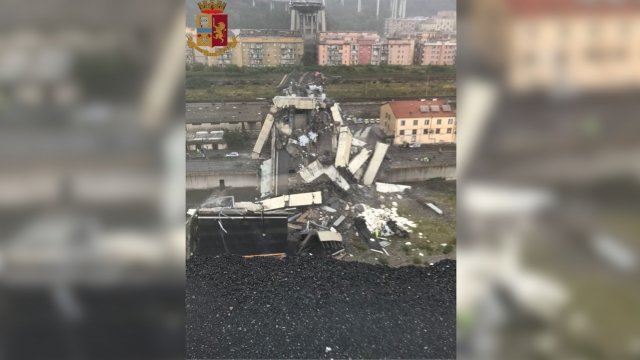 Italy's Civil Protection Agency confirmed at least 20 people were killed and 14 injured. But Italy's deputy transport minister said in a television interview Tuesday that at least 35 people died. He also said that number is likely to rise.

Around 40 vehicles were involved when the 240 foot section of the bridge collapsed.

Dozens of people living in homes beneath the bridge have also been displaced.

The collapse happened as a strong storm moved through the area. And local media reports the bridges foundation was being worked on at the time.