US's High Child Mortality Rate Might Be Linked To Poverty 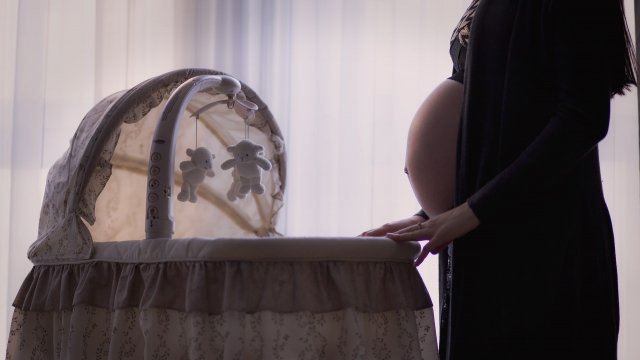 The U.S. spent $3.3 trillion on health care in 2016 — the most of any developed country. Yet for the past 50 years, it's had the highest child mortality rate of any other wealthy nation, and some researchers say it's all due to poverty.

Research has found that while child mortality is declining across all countries, mortality in the U.S. is still the highest in the developed world.

The most notable gap is in infant deaths. A recent report found most arose from perinatal conditions like premature birth, injuries and malnutrition. Some studies have pointed out discrepancies in how different countries report premature births, but those differences can only explain about 40 percent of the U.S. mortality rate, which still leaves a relatively large number of infant deaths.

Researchers also found Americans in their mid teens to late teens were most likely to die from car accidents and firearm assaults. In fact, those kids are 82 times as likely to die from a gun-related incident than in other countries.

So what's driving the high rates? The U.S. has had one of the highest child poverty rates among developed nations since the 1980s, and that data seems to follow the same trend as child health. A 2013 report from the Institute of Medicine argued the U.S.' poor health statistics stem from a person's socioeconomic status, as well as the country's fragmented health system.

Poverty can limit access to quality health care, including during and after pregnancy. For instance, babies born to wealthier, better educated parents have been found to fare better than babies of poorer parents in impoverished communities. Mothers who cannot access prenatal care have a higher risk of infant death.

This is especially true for rural communities, where 12 percent of Americans are uninsured and where affordable health care is scarce. It also affects babies born in poorer states with large minority populations, like Mississippi and Alabama. They're more than twice as likely to die in their first year of life compared with those born in states like Massachusetts and Vermont.

Some groups have taken steps to increase access and quality of care for rural and underserved communities by offering incentives for health professionals to move their practices to these areas and by encouraging residents to use tele-health services.

But there are no official tools for evaluating the country's overall health system. A more unified way of measuring the nation's quality of care might help health professionals track their progress in improving care and might even lead to a drop in mortality rates.