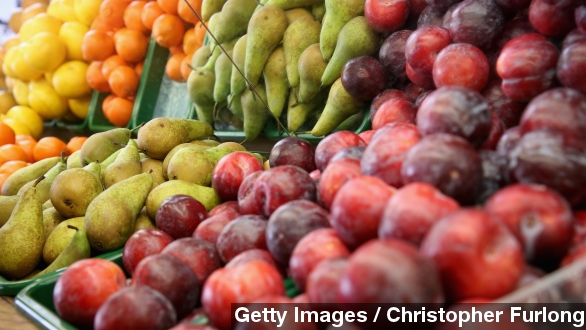 Scientists spent who knows how long figuring out that increasing your fiber intake can help you lose weight.

But it's long been known that a high-fiber diet makes you shed the pounds, 'cause you know what fiber does? It makes you, well, poop.

But let's get to the nitty-gritty of this particular study. University of Massachusetts researchers compared 240 obese adults with metabolic syndrome, which is when people have higher blood pressure, sugar and cholesterol levels, along with excess body fat. People were divided into two groups, and each group followed a different diet. One diet was the standard American Heart Association, or AHA, diet. The other was a high-fiber diet.

The AHA diet is a little involved. It requires counting calories, burning more calories than you take in, cutting saturated fat, et cetera.

The other group of dieters only had to boost their fiber intake by 30 grams a day. That means more fruits, veggies and whole grains in the diet. No calorie counting, no calorie limit.

The study was published in the Annals of Internal Medicine, and the results show simply increasing your fiber intake could help you lose weight. Participants weren't asked to change anything else.

Researchers followed the 240 participants for a year. Those who followed the AHA diet did lose more weight, but the fact that the other group also lost weight simply by increasing fiber was concluded to be "a reasonable alternative for persons with difficulty adhering to more complicated diet regimens."

So if you're hungry, maybe don't grab that Snickers. An apple is better for you, could help you lose weight and is said to keep that pesky doctor away, anyway.