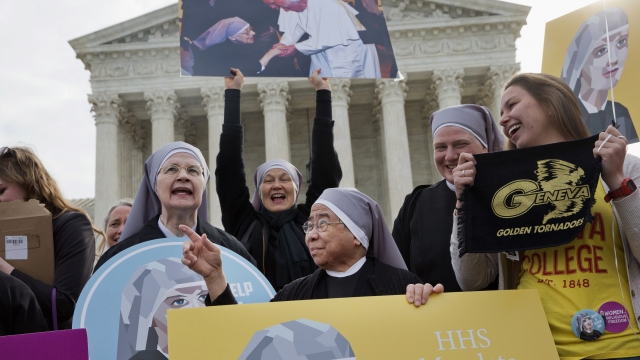 Today the U.S. Supreme Court delivered a win to the Trump administration and many religious institutes.

The 7-2 ruling from the high court upheld a Trump administration rule exempting employers with religious or moral objections from providing free birth control to employees on company insurance, as stipulated in the Affordable Care Act.

If this case sounds familiar, it’s because the topic was introduced to the court in 2014.

At that time, the justices ruled that ‘closely held’ companies with religious objections, like Hobby Lobby, were exempt from the mandate.

The Obama administration then allowed other religious groups to notify the government if they wanted to have contraceptives issued directly through their insurer.

However, some groups, like the Catholic organization Little Sisters of the Poor, wanted no part in the process, saying it made them “complicit in sin.”

In 2017, President Trump issued an executive order expanding the exemption.

His authority to do that was challenged by Pennsylvania and New Jersey but upheld today by the high court.