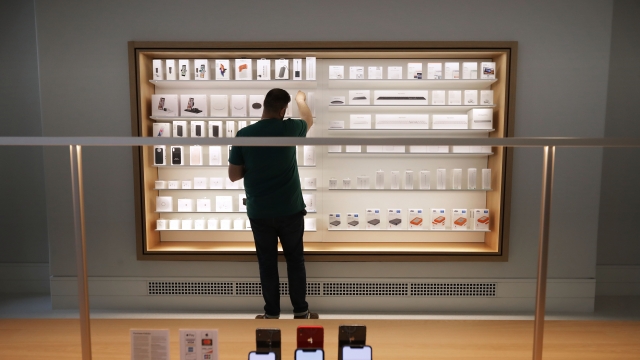 The Supreme Court is allowing a lawsuit against Apple to move forward. But it's another branch of government some say should take the reins.

Whether it's Google, Facebook or Apple, America's biggest tech companies are facing new backlash in part because of the influence and power they have on the American public. The Supreme Court ruled Monday an antitrust case against Apple can move forward.

"I'm glad the court came down on the side of consumers," said Democratic Ohio Sen. Sherrod Brown. "That should be the minimum. We had a court that puts its thumb on the scales of justice and chooses corporations over consumers and the court by one vote did the right thing."

Brown has been considering a possible breakup of America's tech companies for months. Others, from Democrat Elizabeth Warren to Republican Ted Cruz, are floating the idea, too.

They're closely watching the Apple case, which centers on the price of apps in the App Store. The petitioners say the tech company used its monopoly power to raise prices of the apps. Apple wants the lawsuit dismissed. But with this ruling, the case can continue.

"There has been growing evidence across the economy from technology to agriculture to health care, you name it that we have a problem of monopoly in this country and there's a growing effort on a bipartisan basis to look at what competition means for economic liberty," said Andy Green, the managing director of Economic Policy at the Center for American Progress.

Green says companies like Apple are so far ahead of competitors it could be hurting the industry.

"If we don't see innovation of new entrance to the market and we see profitability at high unnatural level for a long period of time it says something isn't working in this capitalist economy," he added.

While the lawsuit against Apple will now work its way through the courts, some believe Congress should play a legislative role in regulating these tech giants.

"I think we need to think about it. I think when you see the bigness in Wall Street and big banks and the hold they've had over our communities and our country and the power these tech companies have," Brown explained. "I think we think seriously about it."

The U.S. is not alone. Other countries, like Germany and France, are pushing for new regulation of Facebook.

The companies say they are helping drive innovation, not stifle it. And instead of breaking them up, they say they're open to Congress regulating specific issues.