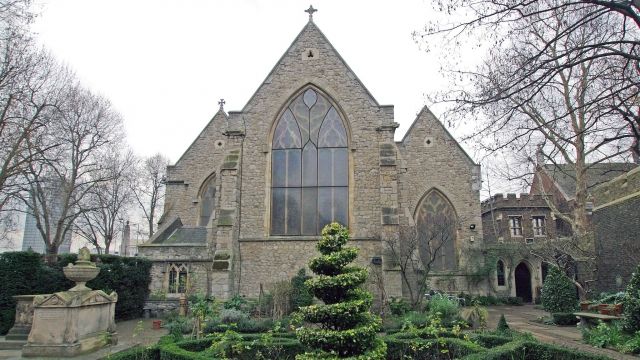 SMS
Hidden Crypt Uncovered By Accident In London
By Jonah McKeown
By Jonah McKeown
April 19, 2017
Construction workers in London discovered a hidden crypt that contains the coffins of at least five archbishops of Canterbury.
SHOW TRANSCRIPT

For most people, the only time they'll see an ancient, hidden tomb is in a video game or at the movies.

But a construction site manager in London recently made a once-in-a-lifetime find: a hidden crypt beneath a former church that marks the final resting place of at least five archbishops of Canterbury.

The archbishop of Canterbury leads the Church of England and is the symbolic head of the broader Anglican Communion. The current archbishop can trace his line back more than 1,400 years.

The historic church has been a museum since the 1970s. Construction workers uncovered the crypt while renovating the building to create room for new exhibits. Using a cellphone camera on a stick, they were able to discover that the vault contained at least 20 coffins dating back nearly 400 years. One of them even had a gold crown on top of it. 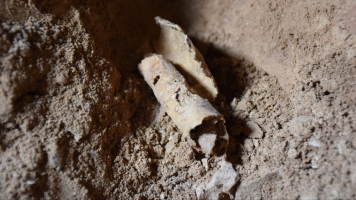 Archaeologists May Have Just Found Another Dead Sea Scrolls Cave

One of the uncovered coffins belongs to Richard Bancroft, the archbishop who led the committee that produced the King James Version of the Bible in 1611. This is the translation most used today by Baptists, Pentecostals, Episcopalians, Presbyterians and Mormons.

Historians had assumed the coffins had been lost or destroyed during heavy reconstruction in the 1850s. They didn't expect to find an intact crypt because the nearby Thames River could have flooded it.

The museum is due to reopen next month after about a year and a half of renovations.