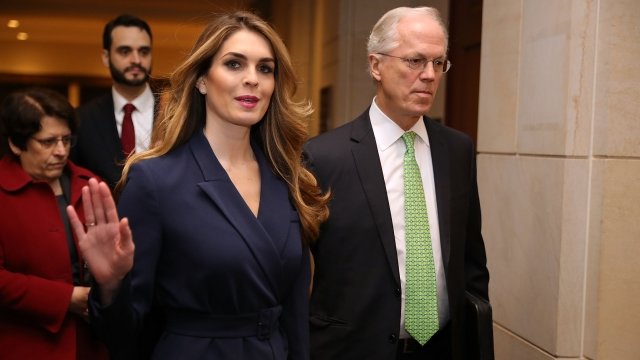 Hope Hicks reportedly told lawmakers late last month that one of her email accounts was hacked.

NBC News reports Hicks revealed the hack when she testified before the House Intelligence Committee.

The former White House aide reportedly said she could no longer access two different email accounts — one personal account and another one she used during President Donald Trump's campaign.

According to people who were present for her testimony, Hicks did not specify which of the two accounts had been hacked or when she realized it had happened.

One day after her testimony, Hicks announced her resignation as White House communications director. At the time, she said she planned to leave in the coming weeks.