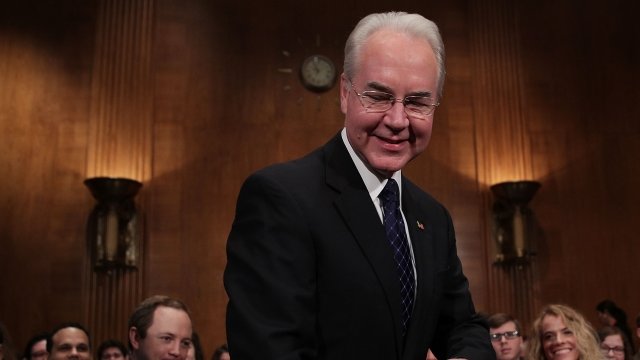 The Department of Health and Human Services' inspector general says at least $341,000 in federal funds was wasted on travel for former secretary Tom Price.

Price resigned last year after reports revealed he'd spent lots of taxpayer money on private and military flights for himself and, on occasion, his wife.

The inspector general released a report Friday on Price's travel. It found that of the 21 trips he took while heading up the department, only one complied with federal requirements.

Those 21 flights reportedly cost the government about $1.2 million. But the report says there were much cheaper options on commercial airlines available for many of Price's flights.

The inspector general said the HHS should work to recover the $341,000 in wasteful spending.

Other members of President Donald Trump's cabinet have been similarly scrutinized for their own travel. The White House now requires chief of staff John Kelly to sign off on almost all travel using "government-owned, rented, leased, or chartered aircraft."