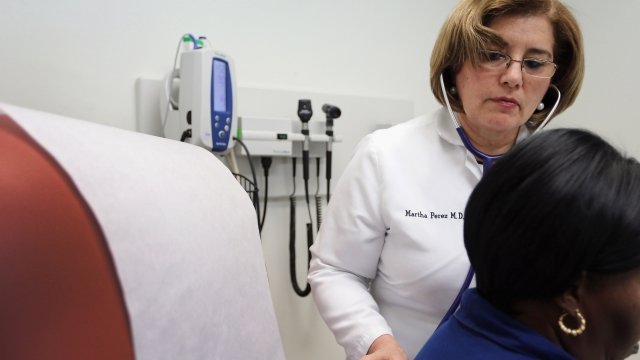 The Centers for Medicare & Medicaid Services, or CMS, announced the change Tuesday. It means that states can now ask for a Medicaid waiver to pay for short-term stays at mental health facilities.

It's significant because in the past, states weren't allowed to use Medicaid funding for those kinds of services. The aim was to discourage states from shifting mental health care responsibilities onto the federal government.

According to CMS, more than 10 million American adults had a severe mental illness in 2016, but less than two-thirds of them received mental health services.

So far, HHS says 12 states have expressed interest in applying for the new wavier.