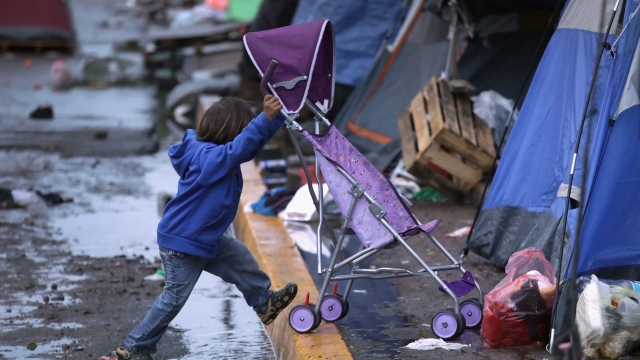 SMS
HHS To Open Additional Housing Facility For Unaccompanied Migrant Kids
By Katherine Biek
By Katherine Biek
June 7, 2019
The new shelter is being set up in Carrizo Springs, Texas and will reportedly hold as many as 1,600 teenagers.
SHOW TRANSCRIPT

The Trump administration is setting up a new facility in Texas to house unaccompanied migrant children who are crossing into the U.S. from Mexico.

The Department of Health and Human Services' Office of Refugee Resettlement will operate the shelter in Carrizo Springs. A spokesman told the Associated Press that it's expected to hold as many as 1,600 migrant teenagers.

News about the additional facility comes after U.S. Customs and Border Protection said more than 144,000 migrants attempted to cross the southern border into the U.S. in May.

Border agents apprehended almost 133,000 of those migrants between ports of entry, including more than 11,500 minors who were traveling alone.

CNN reported on Thursday that more than 13,000 children were currently in HHS's care.

As Newsy previously reported, HHS has also been working with the Pentagon to come up with more housing options. The two departments are considering the possibility of sending unaccompanied migrant children to  U.S. military bases in Georgia, Oklahoma and Montana.