HHS To House Up To 1,400 Unaccompanied Migrant Children At Army Base 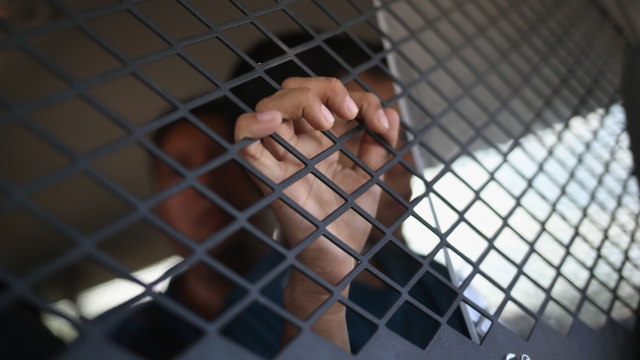 SMS
HHS To House Up To 1,400 Unaccompanied Migrant Children At Army Base
By Katherine Biek
By Katherine Biek
June 12, 2019
The migrant children will be housed at Fort Sill in Oklahoma as many shelters are running out of room.
SHOW TRANSCRIPT

As high numbers of migrants continue to cross into the U.S. from Mexico, the Trump administration is now planning to house some unaccompanied migrant children at Fort Sill in Oklahoma.

The U.S. Department of Health and Human Services announced the decision Tuesday. It noted that as many as 1,400 migrant children could be sent to the Army base as early as next month.

News about the additional facility comes after U.S. Customs and Border Protection said more than 144,000 migrants attempted to cross the southern border into the U.S. in May.

Border agents apprehended almost 133,000 of those migrants between ports of entry, including more than 11,500 minors who were traveling alone.

With many of its shelters already operating at or near capacity, HHS has been working with the Pentagon to identify which military bases have enough available space to hold up to 5,000 unaccompanied migrant children. The two departments also considered military bases in Georgia and Montana, before settling on Fort Sill.

It's pretty common for HHS to turn to the Pentagon for help in hosting migrants. Between 2012 and 2017, nearly 16,000 unaccompanied migrant children were housed on American military installations. More than 1,800 of those kids stayed at Fort Sill in 2014.