Price To Pay For Those Expensive Private Flights 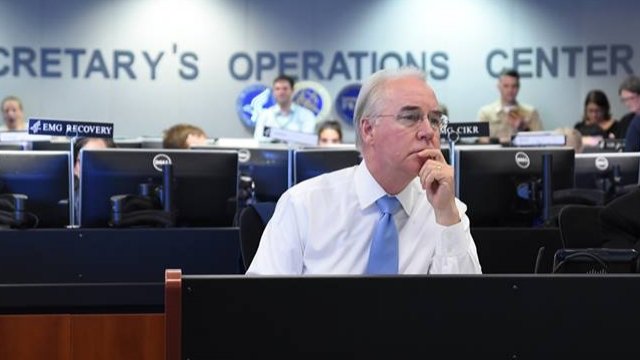 Health and Human Services Secretary Tom Price is now paying for the expensive private flights he previously billed to the federal government.

He said in a statement, "The taxpayers won't pay a dime for my seat on those planes."

Just days before, Politico reported that Price's charter jets have reportedly cost more than $400,000 in taxpayer money since May.

The report prompted an internal review of Price's travel and a freeze from the White House on chartered flights at HHS. Price's statement says he'll comply with those measures and that he regrets the concerns this has raised.

Cabinet Member Under Fire For Possible Illegal Use Of Campaign Funds

The watchdog groups say Tom Price broke the law by using campaign funds to secure a job after Congress.