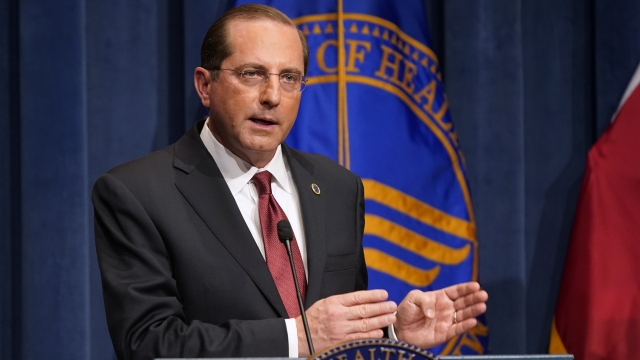 In his resignation letter dated January 12, Azar praised the administration for its Operation Warp Speed drive for a COVID-19 vaccine and other public health initiatives. But he blasted the president for divisiveness that detracted from "historic legacies of this administration."

Azar said, "The attacks on the Capitol were an assault on our democracy and on the tradition of peaceful transitions of power... I implore you ... to demand that no one attempt to disrupt the inaugural activities in Washington or elsewhere, and to continue to support unreservedly the peaceful and orderly transition of power on January 20, 2021."

Azar says he won't leave his post until the moment Joe Biden is sworn in as the next president.

But he now joins a list of other Cabinet officials who have resigned after the Capitol riot. Earlier Transportation Secretary Elaine Chao and Education Secretary Betsy DeVos stepped down abruptly, both citing the riots and the rhetoric of President Trump.