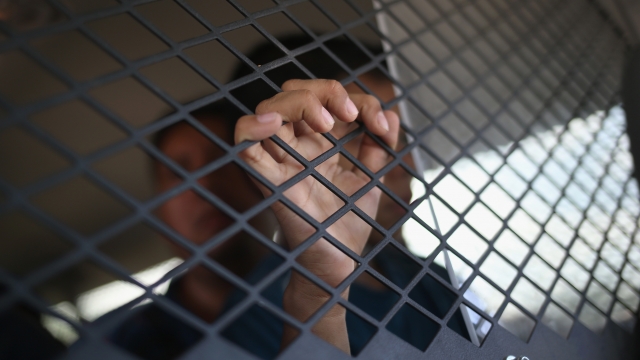 SMS
HHS Says A Migrant Child Died In US Custody Back In September
By Katherine Biek
By Katherine Biek
May 23, 2019
An agency spokesman told news outlets that the 10-year-old girl from El Salvador was in a "medically fragile" state when she entered U.S. care.
SHOW TRANSCRIPT

The Department of Health and Human Services revealed a 10-year-old migrant child from El Salvador died in its care last September.

A department spokesman told multiple outlets the girl had a history of congenital heart defects and was in a "medically fragile" state when she entered U.S. care in March 2018. Complications from an unspecified surgical procedure reportedly left her in a comatose state and she later died of fever and respiratory distress at a Nebraska hospital.

This previously unreported case brings the known number of migrant children who have died in U.S. custody or shortly after having been released to six. The other five children came to the U.S. from Guatemala.

It's unclear why the majority of the reported deaths have been among Guatemalan children. It could have to do with the fact that Guatemalan migrants are the largest group arriving at the U.S.-Mexico border. Guatemala also has a serious child malnutrition issue. And the World Health Organization says malnutrition can raise a child's risk of dying from common illnesses.

The HHS spokesman did not reveal the name of the 10-year-old girl from El Salvador or whether she'd been accompanied by a parent or adult when she entered the U.S.