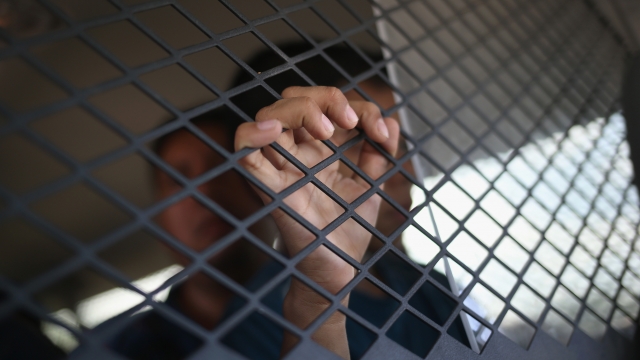 As high numbers of migrants continue to cross into the U.S. from Mexico, the Trump administration is considering plans to house unaccompanied migrant children at U.S. military bases.

The Department of Health and Human Services confirmed to multiple outlets that officials are scheduled to tour vacant facilities Wednesday at Fort Benning in Georgia.

As of the end of April, almost 41,000 children had been placed in the agency's care so far this fiscal year. And NBC News reports the growing influx of children has resulted in HHS shelters operating at almost 100 percent capacity.

In order to come up with more housing options, HHS has been working with the Pentagon since April. Together they're identifying which military bases have enough available space to hold up to 5,000 unaccompanied migrant children.

It's pretty common for HHS to turn to the Pentagon for help in hosting migrants. Between 2012 and 2017, nearly 16,000 unaccompanied migrant children were housed on American military installations.

Besides Fort Benning, the Pentagon told The Atlanta Journal-Constitution that it's also looking at Fort Sill in Oklahoma and Malmstrom Air Force Base in Montana.