US Government Is Moving Forward On Developing At-Home Flu Tests 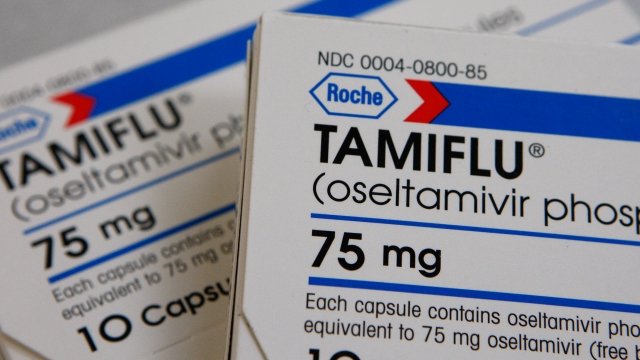 SMS
US Government Is Moving Forward On Developing At-Home Flu Tests
By Cristina Mutchler
By Cristina Mutchler
July 12, 2018
The federal government is partnering with two companies to develop at-home flu tests, with the goal of faster treatment and more contained outbreaks.
SHOW TRANSCRIPT

Federal health officials are working to develop flu tests that people can take at home.

The Department of Health and Human Services announced it's investing $24 million in two companies, Cue Health and Diassess, to help create the two potential testing devices.

Here's how the government envisions it panning out: if you think you have the flu, you'd take the test at home and the results would be sent to your doctor via an app. The doctor would then prescribe an anti-viral drug, if appropriate, which could be delivered to your home. The idea is if more patients stay home when they have the flu, it'll cut down on germ-spreading and help contain the virus.

The devices would test for influenza A and B, and could be purchased over-the-counter. Officials say both companies are designing their tests to be inexpensive and simple to use, with quick results.

Cue Health will also build its device to test for other viruses, like Zika and HIV.