HHS Finalizes Rule That Would Cut Some Funds From Planned Parenthood 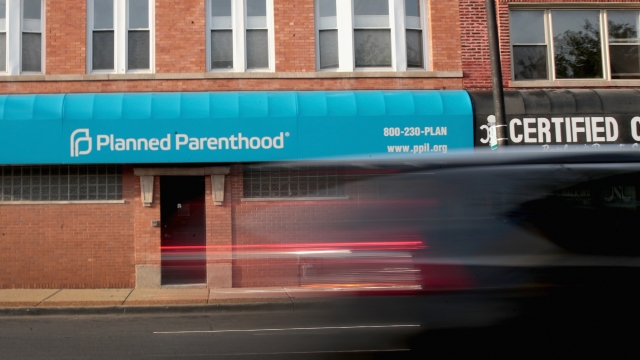 The Trump administration finalized a rule Friday that would cut federal funding from clinics that provide or refer abortions.

The Trump administration has moved forward on a proposal that would cut federal funding to Planned Parenthood locations that perform or refer patients for abortions.

HHS published the final rule Friday, which would pull Title X family planning funds from facilities that fit that description.

The Title X program provides millions of dollars each year for reproductive services. This new rule would require that the clinics receiving the funding be completely separate, physically and financially, from facilities that are linked to abortion services. It also aims to free up some of that funding for faith-based organizations.

While it's not a full defunding of Planned Parenthood, the move is seen as a win for conservatives. Critics of the policy say it'll hurt millions of low-income patients, giving them fewer health care options.

Unlike a Reagan-era Title X program that didn't end up going into effect as written, the new guidance will allow health care providers to speak with patients about abortion – just not refer them for the procedure.

Abortion rights groups are expected to take the issue to court. The rule's set to be published in the Federal Register on June 1, and go into effect after 60 days.