Hey You: The UK's Royal Mail Just Made A Set Of Pink Floyd Stamps 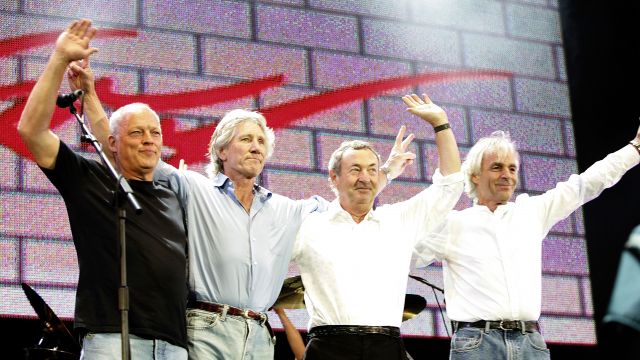 SMS
Hey You: The UK's Royal Mail Just Made A Set Of Pink Floyd Stamps
By Calvin Stovall
By Calvin Stovall
May 26, 2016
Brits can now tell friends "Wish You Were Here" with commemorative stamps.
SHOW TRANSCRIPT

It's been over 50 years since Pink Floyd started making noise on London's rock 'n' roll scene.

The United Kingdom's Royal Mail announced Wednesday it will honor the band's achievements with a series of postage stamps commemorating its legendary run.

The 10 stamps will feature album artwork and live shots of the band performing.

The Royal Mail and band members collaborated on the collection, which will also include limited-edition souvenirs and gifts.

In a statement, the Royal Mail said, "Few bands in the history of rock have managed to carve out a career as rich and expansive as that of Pink Floyd."

U.K. post offices will begin selling the stamps July 7. The collection can be preordered from RoyalMail.com starting Thursday. If you live outside the U.K., don't put these on your mail.