Hey, Did You Know 'Refugees Got Talent'? 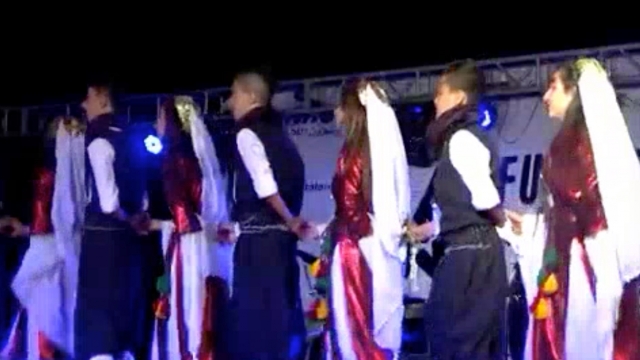 Syrian refugees at a camp in Iraqi Kurdistan flexed their creative muscles at a talent competition.

Syrian refugees got to show off their dancing, singing and performance skills in a "Refugees Got Talent" competition — the first of its kind.

"Dancing is everything for me. My life, my world, my talent," said Syrian refugee Rojbeen Abdelaziz.

The show was in Iraqi Kurdistan at the Arbat refugee camp, which is home to over 7,500 registered Syrian refugees.

For most young people in camps like Arbat, there aren't a lot of creative opportunities.

"When you spread the word and say there is a competition and you can compete if you want, there is light in their eyes — 'oh, I can do something,'" said Marco Rotunno, a camp coordinator for the United Nations High Commissioner.

And it's not just a lack of creative outlets. Many of the refugees can't even afford to go to school.

But "Refugees Got Talent" was a bright spot for many of the refugees and offered a bit of hope.

This video includes clips from Voice of America and United Nations.