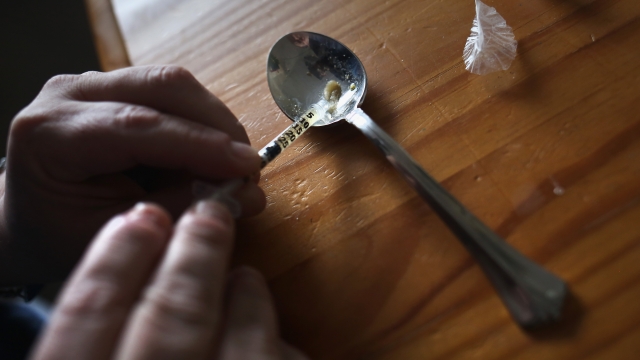 SMS
Heroin Overdoses In The US Tripled Over The Course Of 4 Years
By Ben Lawson
By Ben Lawson
June 30, 2016
The Drug Enforcement Administration says heroin is cheaper and sometimes easier to find than prescription painkillers.
SHOW TRANSCRIPT

That's according to a report from the Drug Enforcement Administration. It also found the overall number of reported heroin users nearly tripled between 2007 and 2014.

The DEA says in the report that some heroin users turned to the drug because it's less expensive and sometimes easier to obtain than prescription painkillers.

Another rising problem in the U.S. is fentanyl. It can be disguised as prescription pills because of the high demand for painkillers. However, its much stronger than other drugs like heroin, which makes the chance of an overdose much higher.

Earlier this year, Congress passed two measures aimed at fighting opioid addiction, but none have funding attached. President Obama has called for an additional $1 billion to fight the epidemic.

This video includes images from Getty Images and clips from CBS and KTVU. Music provided courtesy of APM Music.