Here's Why You Thought About Trading Your Hybrid For An SUV 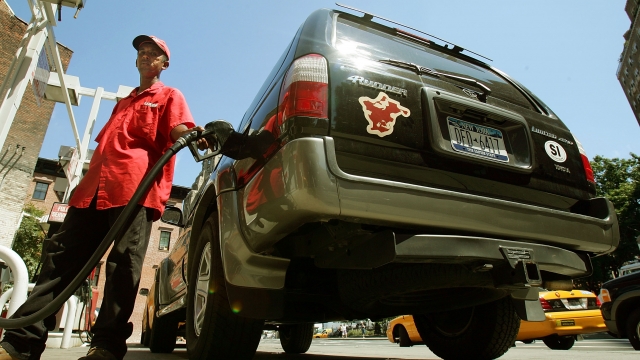 SMS
Here's Why You Thought About Trading Your Hybrid For An SUV
By Ethan Weston
By Ethan Weston
June 25, 2016
Americans are again embracing their love of SUVs now that gas prices have fallen.
SHOW TRANSCRIPT

It looks like Americans still love their big trucks and SUVs — at least, that's what Edmunds.com's research suggests. In the past year, people who traded in hybrid or electric cars replaced those cars with fully gas-powered cars nearly 75 percent of the time.

That shift is most likely because of how far our gas prices have plummeted in recent years. Hybrids might get better gas mileage, sure, but as soon as gas prices start to fall, sales of large cars begin to go back up.

An Edmunds.com staffer puts it this way: "This trend is not an indictment of the quality of these cars. ... This is an economics trend, since today's low cost of gas no longer makes it worth paying the price premium of hybrids and EVs," aka electric vehicles.

And even though some people might worry about the environmental impact of this new trend, a look at modern SUV fuel-efficiency ratings show it's not as bad as some might imagine. A study by TrueCar.com found a sedan and small SUVs only average about 2-miles-per-gallon difference.