Here's Why U.S. Might Slow Troop Exit From Afghanistan 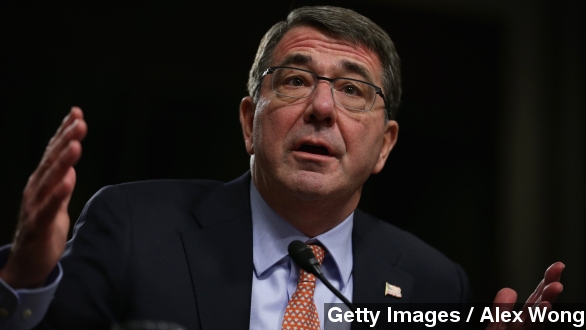 On his first trip overseas as U.S. Defense Secretary, Ashton Carter said the U.S. is open to possibility of slowing troop withdrawal from Afghanistan.

In a press conference alongside Afghan President Ashraf Ghani, Carter said that the local government is proving to be a more reliable partner as of late.

"The most important factor influencing our thinking is the change that is represented by the unity government, President Ghani," Carter said.

Ghani was elected president of Afghan's unity government last year. His predecessor, Hamid Karzai, had a turbulent relation with the U.S. and often criticized its policies.

Carter traveled to Afghanistan to review the security situation in the country, following the U.S. formally ending its combat operations.

With remnants of al-Qaeda still in the region and the emergence of militants supporting ISIS, there's concern that a quicker withdrawal of U.S. troops could leave Afghanistan more vulnerable to terrorism.

"Starting next year, Afghans will be fully responsible for securing their country," said President Barack Obama.

President Obama ended the U.S.'s combat mission in Afghanistan at the end of 2014 and plans to have troops completely with drawn from the country in 2016.

The remaining troops are not in combat roles but are helping to train the Afghan military and serving in an advisory capacity to counterterrorism operations.