Here's Why The World Bank Will Raise The Global Poverty Line 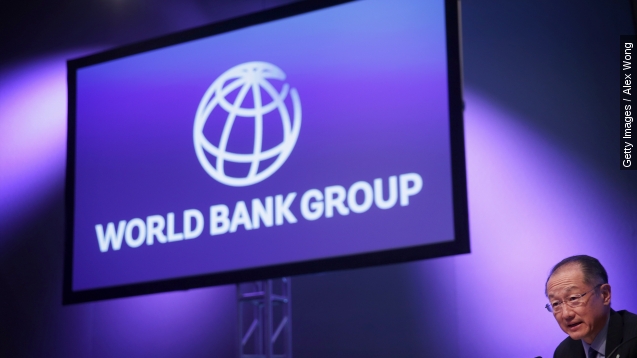 The organization trying to bring down poverty by 2030 is raising the global poverty line, which means more people will be considered poor.

The World Bank's criteria will go from $1.25 or less per day to about $1.90 or less, according to The Financial Times. (Video via World Bank)

The World Bank announced the poverty line would be adjusted earlier this month, pointing out this isn't the first time it's changed. (Video via World Bank)

In 2005, the organization upped the line from $1 a day to $1.25 a day based on averaging national poverty lines in the then-15 poorest countries in the world.

The most recent update uses average inflation rates in some of the poorest countries to account for changes in the cost of living. The World Bank says there's been progress on decreasing poverty recently, but near poverty levels are still a challenge. (Video via World Bank)

For example, the number of people living below the $1.25 a day mark has dropped by almost half since 1990. But looking at the $2 a day line, the decrease has been a lot slower.

The World Bank's President Jim Yong Kim told The Financial Times the organization didn't so much move the goalposts as "updated the goalpost to 2015."

Kim will be answering questions on the organization's Facebook page about eradicating poverty during a live event at Facebook's New York office on Friday. (Video via World Bank)