Here's Why The Lil Wayne-Birdman Breakup Could Be Huge 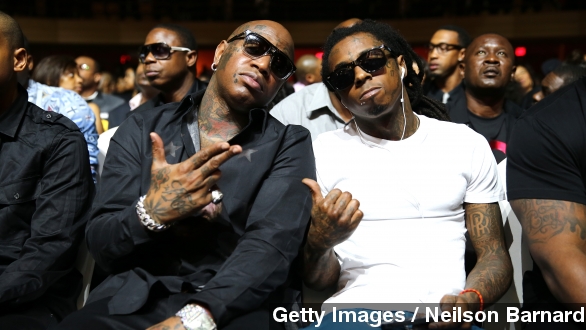 Lil Wayne is reportedly suing his boss and former mentor Bryan "Birdman" Williams for $51 million in what could be a breakup between two of the most notable faces in hip hop after nearly 25 years together.

According to TMZ, the lawsuit centers around Wayne's yet-to-be-released album "The Carter V." Wayne plans to sue the label to which he's signed, Cash Money Records, and Birdman, the co-founder of the label, for delaying the album's release and withholding millions of dollars. (Video via YouTube / Lil Wayne)

While music industry breakups aren't uncommon, here's why a split between Wayne and Birdman would be a pretty big deal.

Wayne, who is now 32, first began working with Birdman in 1991 — when Wayne was just a budding rapper. He forged a mentor-mentee relationship with Birdman and signed to Cash Money Records a few years later.

Anybody who grew up in the late '90s and 2000s might've heard at least a snippet of songs Wayne has put out under Cash Money — and possibly even his feature on label mate Juvenile's seminal dance track, "Back That Thang Up."

Unlike Juvenile and other members of Cash Money, Wayne has arguably stayed the most relevant, putting out 11 albums since 1999. He was with the label near the beginning and he's helped usher in new talent like Drake, Nicki Minaj and Tyga. (Videos via Cash Money Records / Lil Wayne, Nicki Minaj)

Wayne bluntly expressed his grievances with Birdman and Cash Money on Twitter back in December. In a series of tweets, Wayne said "The Carter V" was being held up because of Birdman, and he wanted out of Cash Money because he felt like a "prisoner."

But it didn't stop there: Wayne recently released a mixtape titled "Sorry For The Wait 2," which was part apology to his fans and part middle finger to Birdman and Cash Money.

Hip hop radio personality Charlamagne Tha God had this to say about a possible split in a recent interview:

"My thing is how could anybody want to be in business with Birdman after watching Lil Wayne complain." (Video via VladTV)

For his part, Birdman has been quiet on the matter. There's still a chance the two could settle their differences, but if not, some believe Wayne and the artists he brought on board could jump ship.