Here's Why Snapchat Is Fighting To Make Your 'Ballot Selfie' Legal 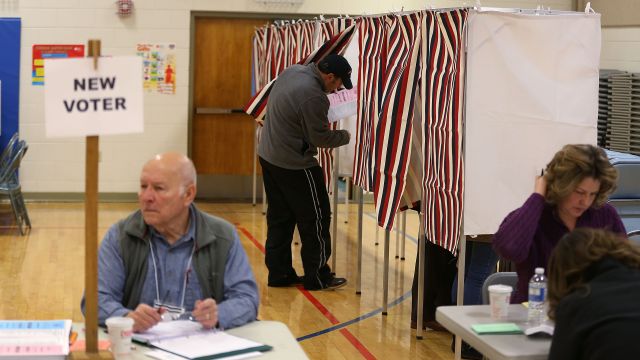 Hint: It has something to do with your First Amendment right.

Taking a picture inside a voter booth in Pennsylvania could land you in jail for up to a year. Showing someone your filled-out ballot in Wisconsin is a felony. In New Hampshire, sending a selfie from the booth could cost you $1,000.

Photography laws in polling places differ from state to state because some fear that allowing cameras would interfere with the voting process.

But Snapchat disagrees. It wants to unify those laws and tip them in your selfie-taking favor — and it’s starting its mission in the Northeast.

Apparently the little "I Voted!" stickers aren’t cutting it these days because, according to Snapchat’s filing, "ballot selfies" have become the modern-day form of "civic enthusiasm."

The company says thousands of users have sent "snaps" from the polls — a right Snapchat believes is protected under the First Amendment.

In the court filing, Snapchat wrote: "Ballot selfies pose no danger to other voters, carry no implicit or actual threat, and do not threaten the orderly functioning of a polling place. They are instead a positive personal expression made in the privacy of a voting booth —silent, unassuming, peaceful."

Snapchat isn’t the only one to question New Hampshire’s stance on ballot selfies lately. A federal court took the same stance on the issue and struck down the state’s law banning ballot selfies. It’s now being appealed in the First Circuit Court.