Why Are MLB Playoff Games Taking So Long? 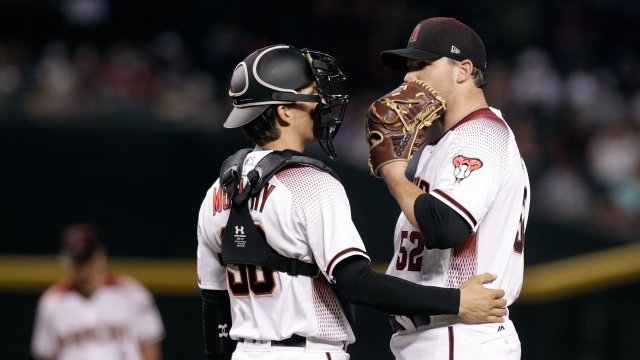 SMS
Why Are MLB Playoff Games Taking So Long?
By Carter Woodiel
By Carter Woodiel
October 10, 2017
Postseason games can make an already-leisurely sport even longer, thanks to a lot of little things.
SHOW TRANSCRIPT

MLB games are already long, but in the postseason they can feel even longer. And the reason is pretty interesting.

The first 11 nine-inning games of the 2017 postseason were three hours and 33 minutes long on average — a full 28 minutes longer than during the regular season. And the regular-season mark was already an all-time record.

As for why playoff games keep dragging on: It's a lot of little things. Baseball is already the sort of sport where players and coaches obsess over tiny details; in the postseason, those details mean much more.

Like when a player or coach goes out to talk to the pitcher. The home plate umpire can tell them to break it up if they're taking too long. But in the postseason, umps give everyone a little more leeway. 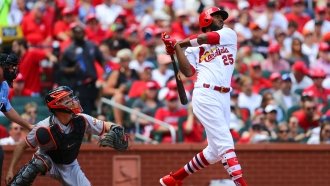 There's another key factor here: relief pitchers. Every time a team brings in someone new to pitch, they need time to warm up. In the postseason, that happens a lot.

Those first 11 nine-inning playoff games this year averaged more than nine and a half pitchers per game — more than double the average of a typical regular-season game.

All this has to be at least a little frustrating for MLB commissioner Rob Manfred. He's made speeding up baseball a priority in recent years and has expressed frustration that the MLB Players' Association wasn't on board.

"I'm disappointed that we could not get the MLBPA to agree to modest rule changes, like limits on trips to the mound, that have little effect on the competitive character of the game," Manfred said at a Feb. 21 news conference.

But until that sort of thing is enforced, we'll probably see playoff games stretch into the night for a long time.