Here's Why India's Mars Mission Is Cheaper Than NASA's 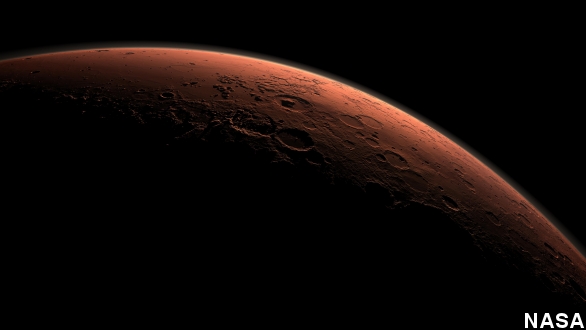 SMS
Here's Why India's Mars Mission Is Cheaper Than NASA's

By Sebastian Martinez
September 24, 2014
India sent an orbiter to Mars, and much has been made of the shoestring budget it did it on. Why exactly is its mission so much cheaper than NASA's?
SHOW TRANSCRIPT

India made history by becoming the first country ever to make it to Mars on its first attempt.

PRESIDENT NARENDRA MODI, VIA INDIA MINISTRY OF INFORMATION AND BROADCASTING: "We have dared to reach out into the unknown and have achieved the near impossible."

Near impossible not only for the orbiter to make orbit on its first try, but also on its budget.

ADAM JOHNSON, BLOOMBERG: "It was developed with only $75 million bucks, amazing. $75 million you can send a satellite to mars—"

TOM KEENE: "You spend that on martinis in a weekend."

SANJOY MAJUMDER, BBC: "India's home-grown mission is almost a tenth of the cost of the U.S.'s MAVEN program. Even cheaper than the Hollywood blockbuster 'Gravity.'"

ROBIN MEADE, HLN: "Now compare this — the mission cost India $74 million, we're told the United States paid a whopping $671 million when it did it..."

That's definitely an attention-grabbing comparison to make, and it's been widely reported India's orbiter is the cheapest interplanetary mission ever — but why exactly was it so much cheaper than NASA's MAVEN?

An Indian analyst told The Washington Post it's down to a couple factors. "'We kept it low cost, high technology. That is the Indian way of working ... Our goal was to reach Mars and send few pictures and scientific data.'"

NPR looked into exactly how low-cost, comparing the salaries of engineers in India to the U.S. While an aeronautical engineer in the U.S. will make on average $105,000 a year, their Indian counterpart will make less than $20,000. "In general, it seems safe to say engineers in India make between one-tenth and one-fifth of what their U.S. counterparts do"

Then there's the difference in equipment and mission scope — MAVEN's mission is long term, and it's loaded down with equipment. (Video via NASA)

To be more specific, Rice Space Institute Director David Alexander told Deutsche Welle, where India's orbiter is loaded with about 30 pounds of equipment, MAVEN is carrying more than 140 pounds.

Still, despite the comparisons, it's not a competition.

NASA tweeted to congratulate the India Space Research Organization on its achievement, and the two bodies will reportedly be working together to pool their findings.