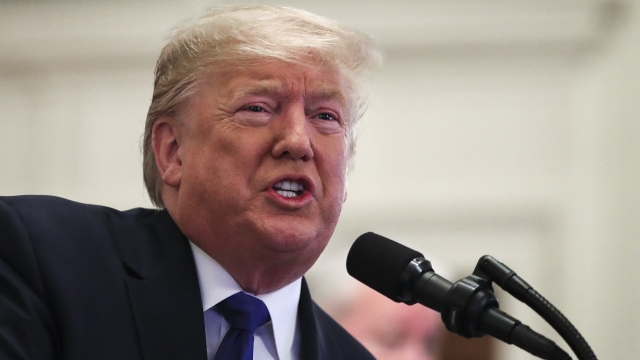 It'll also include Jay Sekulow, one of the president's personal lawyers, and Jane Raskin, who represented President Trump during the Mueller probe. The team will be led by White House counsel Pat Cipollone.

A senior administration official confirmed with several media outlets that Starr and Ray would be part of the team. The former independent counsels spearheaded the investigation into President Bill Clinton that led to his impeachment.

Attorney Alan Dershowitz's office confirmed he'll be at the trial to present "the constitutional arguments against impeachment and removal," but later clarified on CNN's "Anderson Cooper 360" that he won't be "part of the regular team that will be making strategic decisions."

Dershowitz told Cooper, "I will go into the history of the formulation in the Constitution and the history of how these words came to be and leave it to others to argue the facts, to make strategic decisions about witnesses. That's not within my jurisdiction."

Supreme Court Chief Justice John Roberts swore in members of the Senate Thursday to serve as jurors. Senate Majority Leader Mitch McConnell said he expects to vote on rules for the proceedings Tuesday. Arguments will start after that.