Here's Who Paved The Way For Women In Medicine 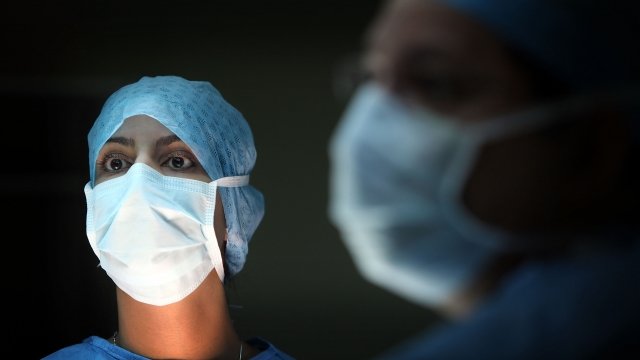 SMS
Here's Who Paved The Way For Women In Medicine
By Chance Seales
By Chance Seales
January 24, 2018
While female physicians have been far from center stage in the past, some of medicine's biggest history-makers were women.
SHOW TRANSCRIPT

Female physicians have been far from center stage and public consciousness for most of modern history. Looking back through the big TV medical dramas, there are plenty of men in white coats ready to scrub in and save lives.

But when it comes to title characters, we had Doogie Howser, a teenage boy doctor, years before we had Dr. Quinn, Medicine Woman. It would be another decade before the world met the surgeon Meredith Grey.

That might have been what we saw on TV, but in hospitals and medical schools around the country, there have been women defying the odds and making medical history for more than a century. Elizabeth Blackwell was the first. Her story starts in 1847.

The Smithsonian explains that Blackwell was 26 years old, wanted to get a medical degree and applied to more than a dozen programs in the Northeast. The only place she was seriously considered was Geneva Medical College in New York, where the dean thought the idea so odd that he let all 150 male students vote on her admission. 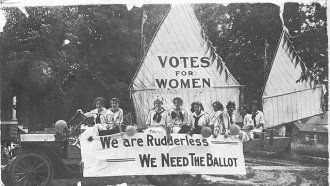 Are All Women Represented In Today's Feminist Movement?

"Apparently, the students thought the request was little more than a silly joke and voted unanimously to let her in; they were surprised, to say the least, when she arrived at the school ready to learn how to heal," reports PBS.

In 1849, she became Elizabeth Blackwell, M.D., America’s first formally-trained female doctor. She was the first but certainly not the last.

Medscape has an inspiring rundown of history-makers, including these women. In 1947, Dr. Gerty Cori "became the first woman in the United States to earn a Nobel Prize in Physiology or Medicine for the 'discovery of the course of the catalytic conversion of glycogen.'"

Dr. Virginia Apgar created the "Apgar score" in 1953, "a gold standard to evaluate and guide the health of generations of newborn babies," and it’s still used in delivery rooms. Skip ahead a few decades to 1990: Dr. Antonia Novello "became the first woman and the first person of Hispanic origin to become the Surgeon General of the United States."

Two years later, going to the next level completely, Dr. Mae Jemison became the first black woman ever to travel to space on a NASA rocket in September 1992. These are just a few stories of the incredible, determined women crushing norms and changing medicine even to this day.