Here's What That (Brief) RNC Delegate Revolt Was All About 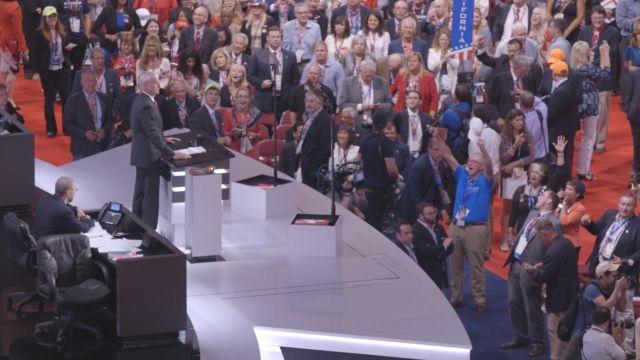 Here, behind us there was some real drama. Competing chants between two separate factions of delegates. One who wants to unbind delegates and allow them to vote for whichever nominee they want to, and one faction that is pro-Trump, is happy with the Donald and wants to keep him.

The people were yelling "roll call, roll call," which means actually counting the votes. All they wanted was a vote on this issue where they would actually count who voted, but they did not get that. They didn't really think that was fair, and they didn't get a lot of details.

There wasn't a lot of transparency with why that happened. The Colorado delegation and the Iowa delegation were so upset, they just walked off  the convention floor.We're going to be here for the rest of the week and doing more recap videos like this. We're also going to be publishing interviews we've done and showing you the sights and sounds of the convention. So, stick with Newsy for more of that.