Here's The Next Step In Uber's 'Urban Logistics' Plan 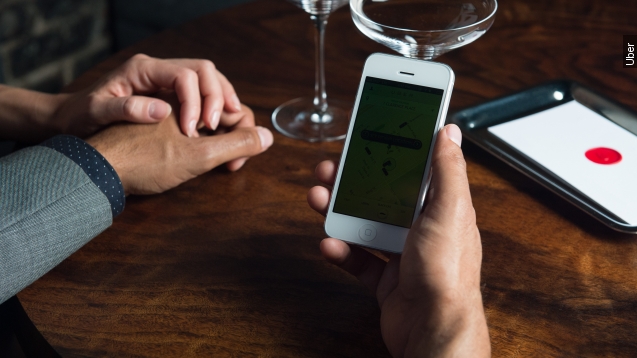 SMS
Here's The Next Step In Uber's 'Urban Logistics' Plan
By Mikah Sargent
By Mikah Sargent
October 14, 2015
Uber announced Wednesday that UberRush, an on-demand delivery service, will compete with the likes of Postmates and even Amazon.
SHOW TRANSCRIPT

Did we miss the memo? Seems these days nearly everyone is getting into the on-demand delivery game — even Uber. (Video via Uber)

To be clear, the ride-hailing service already offers on-demand food delivery in some locations. But its latest venture, UberRush, is essentially a courier service.

UberRush will first be available in Chicago, San Francisco and New York City, and only to businesses.

Uber is offering many of the amenities available from the big names in logistics (FedEx, UPS, etc.), including package tracking, fragile delivery options and integration with many popular shopping platforms. (Video via FedEx)

Partners (that's what Uber calls the people who drive for them) can become UberRush couriers by signing up on the company's website — though they will reportedly need to be trained to deliver packages.

Uber is touting its logistics experience as the main selling point of UberRush: Why would a company want to worry about pesky deliveries when there's a fleet of on-demand couriers available at the tap of a button?

While no one would be quick to argue against Uber's logistics chops, the company is still entering a fairly crowded market. Postmates is one company that comes to mind.

And Amazon's recently announced Amazon Flex, which, other than the name, is just like UberRush.

Regardless of the competition, it seems Uber's next move is to branch out from taxiing people from place to place. The Wall Street Journal quotes Uber's CEO who said he wants to make the company an "urban logistics network." Seems the plan's already underway.

This video includes images from Getty Images and Uber.