Here's One Way Uber Could Get Some Good PR 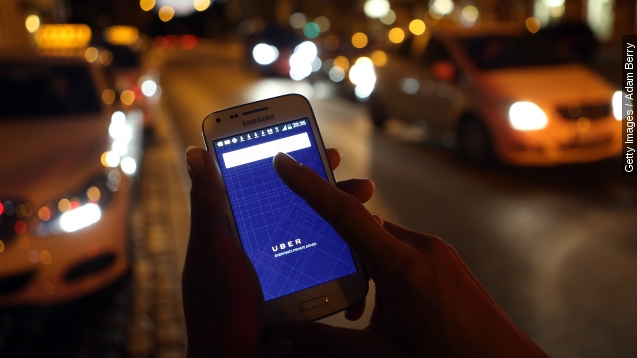 SMS
Here's One Way Uber Could Get Some Good PR
By Eugene Daniels
By Eugene Daniels
October 24, 2015
A partnership with a New Jersey township to help reduce DUI arrests is exactly the kind of positive press Uber needs.
SHOW TRANSCRIPT

If Uber is looking for a bit of good PR, one small township's program could be a good blueprint.

Evesham Township in New Jersey teamed up with Uber this month to help beef up an attempt to decrease its amount of DUIs. The program started out as a trolley service in September but Evesham has made it even more accessible through its Uber partnership.

According to reports, Evesham saw an average of 23 DUIs a month from January to August of this year. That was putting them on track for a record 250 DUIs for 2015. Which is a lot for a population of over 45,000 people.

Through donations, the town pays for rides from 19 bars and restaurants in the township limits between 9 P.M. and 2 A.M. But the service only goes to homes, so "bar hopping" is out of the question.

Police Chief Christoper Crew told press, "we needed a holistic approach to solve the issue, we can’t arrest our way out of it.You can’t put a price tag on human life, that's why it's so important.” Even before Uber got in the mix, the program dropped DUI arrests by 65 percent.

This program is the first of its kind and if it works out well, Uber might be able to use it to try and get some good press after some recent serious controversies in other cities.

Uber faces multiple lawsuits from women who say they were sexually assaulted by Uber drivers. Some are blaming Uber for being negligent in those cases.

On top of that, Uber has been facing off worldwide with taxi drivers who say Uber is an unfair competitor that could drive them out of business. Some of those protests in Europe have even turned violent.

The controversies aren't really hurting Uber's bottom line but being associated with city partnerships aimed at lowering DUIs could only help the company's reputation.