Here's More Proof That Sugar Is Really Bad For Kids 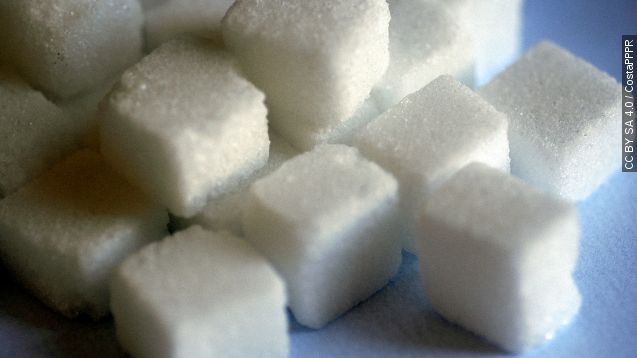 A new study found when kids cut down on sugar but ate the same amount of calories, it still had a positive effect on their health.

Not surprisingly, when kids ate less sugar in a recent study, their health improved. More surprisingly, according to the study, it wasn't because of fewer calories.

Researchers monitored a group of 43 African American and Latino children who had metabolic syndrome, a term for a series of health risks linked to things like diabetes and heart disease. (Video via USDA)

They designed a nine-day diet that reduced participants' dietary sugar from 28 percent to 10 percent and subsidized the new diet with starches.

The diet kept the same amount of fat and protein the participants said they ate prior to the study.

In an interview with Time, a researcher explained the study looked for findings beyond calories. He told Time: "I'm not suggesting in any way, shape or form that we gave them healthy food. ... We gave them crappy food ... processed food — and they still got better." (Video via TED)

Researchers said that despite their "intensive efforts" to prevent participants from losing weight, some in the study still saw a decrease. But the researchers said they found consistent results even in children who didn't lose weight. (Video via PBS)

According to the study published in the journal Obesity, the children saw improvements in insulin sensitivity and blood pressure.

This video includes images from Benjamin Lihn Vu / CC BY SA 2.0 and Coralie Ferreira / CC BY 2.0.