Here's More Evidence That Common Drugs May Cause Cognition Issues 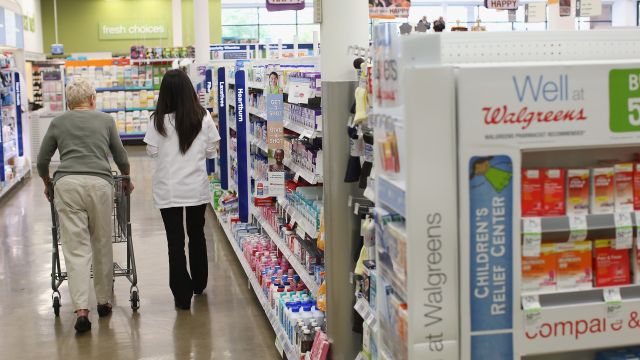 SMS
Here's More Evidence That Common Drugs May Cause Cognition Issues
By Katie Link
By Katie Link
April 19, 2016
Certain over-the-counter drugs may be linked to health issues, like dementia, according to a new study, which mirrors past findings.
SHOW TRANSCRIPT

Taking pills to tame your allergy symptoms or to get some sleep may not be as harmless as you once thought.

Building on past research, a new study suggests anticholinergic drugs are linked to cognitive impairment and an increased risk of dementia.

Anticholinergic drugs include both over-the-counter and prescription medications. We're talking about drugs like Benadryl, Dimetapp and Unisom — chances are you have at least one of these types of drugs in your medicine cabinet.

A link between these types of drugs and cognitive impairment isn't a totally new discovery, but for the first time, researchers used brain imaging techniques to determine the physical changes associated with these drugs.

More than 400 participants, with an average age of 73, were given memory and cognitive tests, PET scans and MRI scans.

Participants who were taking anticholinergic drugs didn't do as well on memory tests and had lower levels of brain activity than those who weren't.

A researcher told CNN, "Given all the research evidence, physicians might want to consider alternatives to anticholinergic medications, if available, when working with older patients."