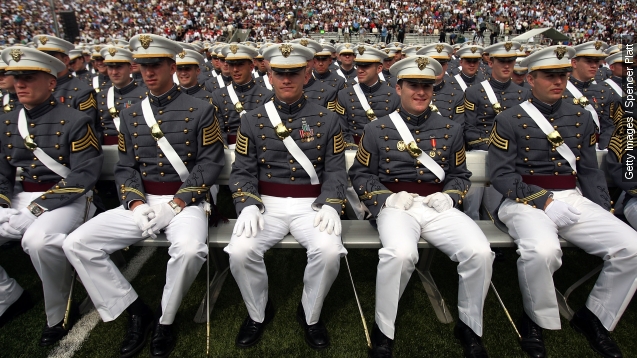 West Point is getting a little bit of attention for an annual pillow fight in August that reportedly led to 30 injured cadets.

So, what's the point of letting future military professionals smack each other around in an all-out pillow brawl? Tradition and camaraderie, apparently.

Cadets told the Times this is the first chance for plebes to have fun after seven weeks of basic training. West Point spokesperson Col. Christopher Kasker said the upperclassmen at West Point looking after the freshman “allowed the spirit activity to occur out of the desire to enhance the spirit of the class.” He added, "West Point applauds the cadets’ desire to build esprit and regrets the injuries to our cadets."

The annual pillow fight is a West Point tradition that dates back to the 1897. It's not hard to find videos of previous pillow fights online and stories of previous violence. The 2013 pillow fight was canceled after cadet put a lockbox in a pillow case the previous year. This year's fight just seems to be more publicized.

So far, no cadets have been punished. Kasker said West Point is investigating the cause of the injuries stemming from the pillow fight.