Here's How Venus Vs. Serena Has Played Out Over The Years 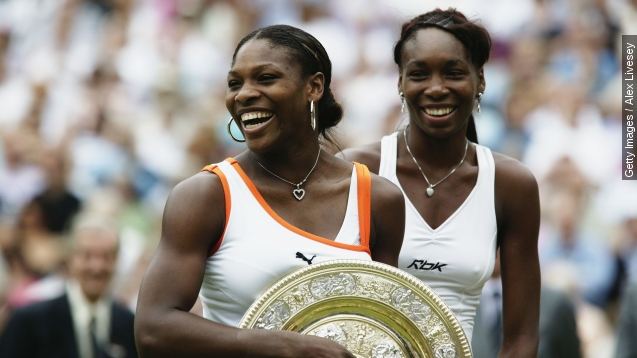 The most dominant sisters in tennis are set to compete for the 27th time. We take a look at how the Williams sisters series has gone so far.

Venus and Serena Williams are unlike any pair of tennis players in history, and this Tuesday at the U.S. Open, they’ll be on opposite sides of the court for the 27th time.

When the sisters faced off in their first head-to-head meeting, neither athlete had turned eighteen and neither was seeded in the tournament.

The two quickly rose to the top of their sport. During one stretch from 2000 to 2003, a Williams had won 8 of 11 Grand Slam singles titles.

Since then, we’ve seen fewer all-Williams battles in Grand Slams. The sisters have only met five times in majors since 2003. But there's still a Williams on top of the tennis world.

Serena has established herself as the most dominant player in the game. She’s won the past four major titles and enters Tuesday’s match with a 48-2 record in 2015. (Video via JPMorgan Chase)

For Venus, it’s been harder to stay on top. In 2011 she learned she had Sjogren's syndrome, an autoimmune disease that makes it hard for her to practice. (Video via Institute for Integrative Nutrition)

“For many many years, I always felt like no matter how much I trained I never had stamina, and so I would go to the doctor and say, ‘I don’t feel like I can get in shape,’” Williams said after being diagnosed in 2011.

In the years since her diagnosis, Venus has captured three singles titles, but has been unable to make it past the quarterfinals at any Grand Slam tournament.

This changed when the two meet in tournaments. The rivalry used to take place near the climax of a major, but Tuesday's match up will be the second straight time they've met before the semis.

Though calling it a rivalry might be a bit of a stretch. The sisters have always supported each other, and each seems more muted in celebration when her sister is on the other side of the net.

Serena's had the chance to celebrate more often, though. She currently leads the all sister series 15-11.

More than head-to-head bragging rights will be on the line in Flushing Meadows Tuesday. With a U.S. Open title, Serena would become just the second person ever to win all four majors in one year in the Open Era. (Video via CNN)