Here's How Joe Biden Wants To Tackle Education In America 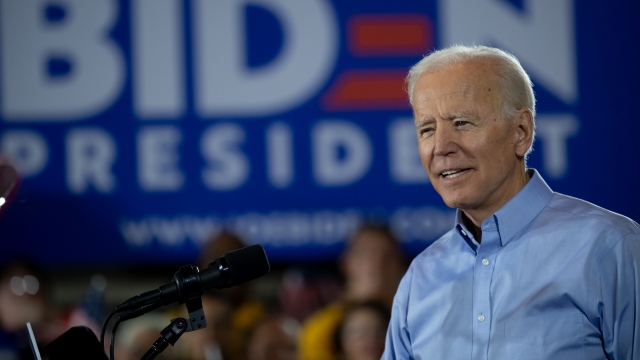 It's the former vice president's first major policy proposal as a 2020 candidate.

The platform includes initiatives like increasing funding for schools in low-income areas, helping teachers pay off student debt and doubling the number of health professionals working in the educational system. It would also offer competitive pay for teachers and provide access to universal pre-K for 3- and 4-year-olds.

It's not clear how much the education proposal would cost, but Biden says federal funding under Title I would go up to $45 billion a year, which is three times the current amount.

He addressed educators about the plan during a town hall with the American Federation of Teachers in Texas.

"You all went to college, spent four years, ended up in debt, most of you, if not all of you," Biden said. "And you end up in a situation where you, in fact, are making 25% less than most college graduates. And it's just not right."

Recent polls show Biden as a front-runner among 2020 Democratic candidates. But his campaign kick-off hasn't come without some controversy. The former vice president recently faced accusations from multiple women who say he touched them in a way that made them feel uncomfortable. He's since addressed those accusations, saying he will be "more mindful and respectful" of personal space.

The education policy announcement comes as Biden's campaign prepares to roll out a series of proposals, including a plan to confront climate change. That's expected to come later this week.