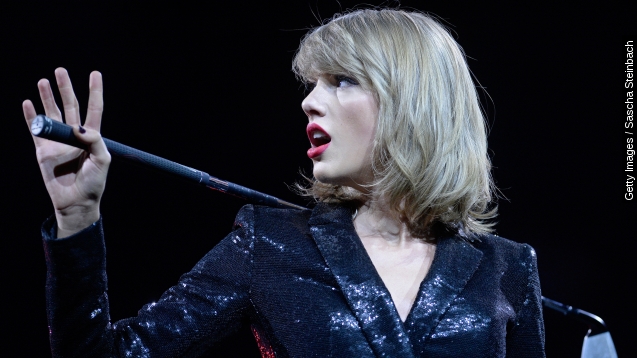 Less than 20 hours after Taylor Swift posted an open letter to Apple asking the company to reconsider its unpaid, music streaming trial, the Cupertino company responded — on Twitter, of all places.

Apple’s Eddy Cue — the guy in charge of Apple’s media deals — announced the company will pay artists for their music, even during the free, three-month trial of its upcoming Apple Music service.

So here’s how this all played out.

At its World Wide Developers Conference two weeks ago, Apple unveiled Apple Music, its answer to the music streaming market.

Later, we learned Apple wouldn’t be paying music owners for music streamed during the free trial period — only for streaming that occurs after a user starts paying.

Early Sunday, Taylor Swift called Apple out, saying, "We don't ask you for free iPhones. Please don't ask us to provide you with our music for no compensation." And said she wouldn’t stream her album 1989 on the service. (Video via Big Machine Records / Taylor Swift)

And a mere 17 hours later, Apple — through Eddy Cue — responded.

Re/code was able to get on the phone with Eddy Cue and gather some more information. Cue reportedly talked with Apple CEO Tim Cook, and prompted by "Swift's letter, coupled with complaints from indie labels and artists," the company moved to make the change.

The tech world is losing its head over the thought of Apple making such a quick — and public — change to its services. But let’s be real, there’s a more important concern here: will 1989 stream on Apple Music now?

If TSwift’s tweet is any indication, things are looking up!

Until we know for sure, we’ll just keep refreshing Taylor’s blog.