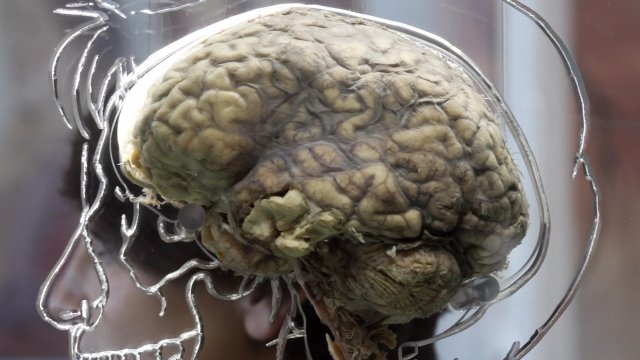 Alzheimer's peels away a person layer by layer. The short-term memory slips in the early stages of the disease. Recognizing relatives and friends fades later. Those little traits that make up a personality vanish along the way.

The progression is irreversible. Most people with Alzheimer's have the late-onset type, with symptoms appearing in their mid-60s. Early-onset, which is rare, occurs between a person's 30s and mid-60s.

Alzheimer's is the most common cause of dementia among older adults. An estimated 5 million Americans have it.

This is what Alzheimer's does. A human brain has tens of billions of neurons — cells that transmit information through electrical and chemical signals. Neurons send messages between different parts of the brain, and from the brain to muscles and organs.

Basically, Alzheimer's disease disrupts the communication between neurons, resulting in loss of function and cell death. That disruption is thought to be due to a buildup of two proteins: amyloid and tau. 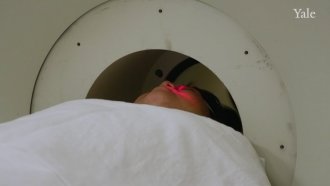 Researchers Develop A Way To Test For Early Alzheimer's Disease

Now, for the origins. How does this whole process begin in the first place? Inflammation could be key — destroying the physical connections in the brain. It triggers the buildup of the toxic proteins.

A study published in the journal Neuron links Alzheimer's to long-term inflammation caused by two herpes species that infect most people as infants and then lie dormant for years.

The study authors emphasized they did not determine that these viruses cause Alzheimer's. But the findings suggest that viruses could fuel an immune response that might increase the accumulation of amyloid as it tries to capture the virus, resulting in the plaques that are a sign of Alzheimer's.

Researchers say herpes might not be the only infection that leads to a destructive immune response in the brain. The encouraging news is that the findings "could lead to new therapeutic strategies down the road," according to one researcher. That could mean developing vaccines or drugs to prevent infections most linked to Alzheimer's disease.

Does this mean a cure is imminent? No. But it does mean that researchers could be nearing a clue of how to prevent it.