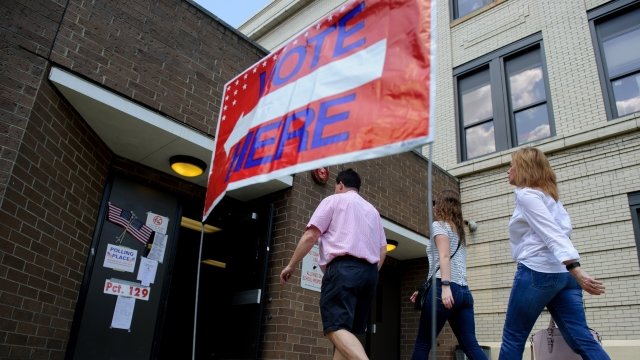 SMS
Here's A Look At Tuesday's Primary Results
By Jake Jones
By Jake Jones
May 8, 2018
President Donald Trump weighed in on at least one of the primary races.
SHOW TRANSCRIPT

Voters cast ballots Tuesday night for primaries in West Virginia, Indiana, Ohio and North Carolina ahead of the 2018 midterm elections. Here are the races dominating headlines:

The race for Ohio's governor will be between Democrat Richard Cordray and Republican Mike DeWine. Those two have run against each other before.

And in North Carolina, there are several primaries for House seats. So far, Democrats Linda Coleman, Dan McCready and Kathy Manning have won their respective races.