Here Are Some Secrets Hidden In The Ashley Madison Data Dump 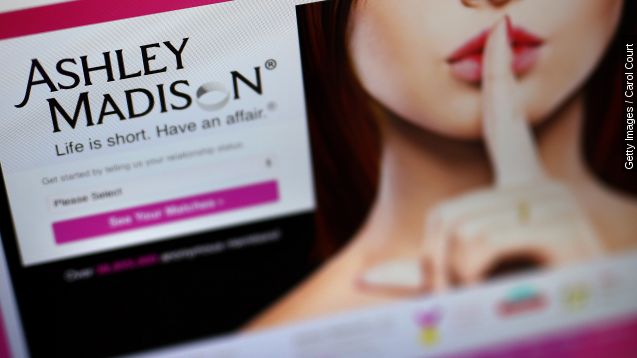 SMS
Here Are Some Secrets Hidden In The Ashley Madison Data Dump
By Jake Godin
By Jake Godin
August 20, 2015
The AshleyMadison.com data dump has just begun, and we already have potential accounts from a celebrity and thousands of government personnel. Yikes!
SHOW TRANSCRIPT

The dust is just starting to settle after the data dump from the cheating site AshleyMadison.com, and it's already affected peoples' lives.

Hackers posted almost 10 gigabytes of data online — that's more than 30 million accounts. And folks who've been digging through them have had some interesting finds.

Already having his show canceled after it was revealed he molested his sisters, the reality TV star now may be the first celebrity revealed to have an Ashley Madison account. Or, two, that is.

Gawker, the first to report on the revelation, says account data from the dump suggests Duggar may have spent upwards of $980 on the site.

There's not really a way to confirm it's actually Duggar, of course, and he has yet to say anything.

Outside the realm of celebrity gossip, another look at the data found some 15,000 of the email addresses were .mil or .gov.

And while some of the government accounts are clearly fake, some are specific enough that someone could figure out which U.S. aircraft carrier it was connected to.

There can be serious penalties for adultery in the military, including a year in prison and a dishonorable discharge. (Video via U.S. Department of Defense / Sgt. Charles Porter)

A former military prosecutor told U.S. News & World Report its unlikely the military will try to identify every soldier with one of those accounts.

Other than government or celebrity accounts, news outlets have also talked to regular Joes.

Reactions have varied from denial or sad resignations to complete apathy.

There'll undoubtedly be plenty more in the coming months as the millions of other accounts get scrutinized.