The Hajj: Why Millions Of Muslims Travel To Mecca Every Year 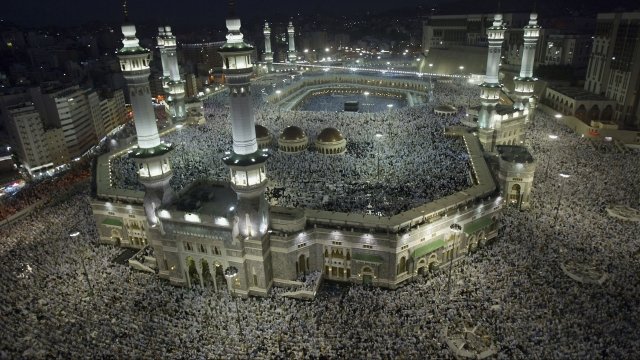 SMS
The Hajj: Why Millions Of Muslims Travel To Mecca Every Year
By Jake Jones
By Jake Jones
August 30, 2017
Muslims from around the world will converge in Mecca, Saudi Arabia, for one of the largest religious gatherings in the world.
SHOW TRANSCRIPT

This week marks the start of the hajj, wherein Muslims from around the world will converge in Mecca, Saudi Arabia, for one of the largest religious gatherings in the world. For those outside the faith, here are some important things to know.

More than 2 million people are expected to take part in this year's hajj, which means "pilgrimage." The pilgrimage to Mecca is the fifth pillar of Islam, and all Muslims must make the trip at least once as long as they can afford it and are healthy enough to go.

The rituals of the hajj are meant to praise God and commemorate the lives and acts of the prophets Muhammad and Abraham, or "Ibrahim," who is the patriarch of Judaism, Christianity and Islam (hence "Abrahamic" faiths).

Several rituals make up the hajj; the most recognizable is probably the "tawaf."

That's when pilgrims circle the Kaaba, a Muslim shrine, seven times, both at the start and end of the hajj. During other rituals, pilgrims also throw stones at walls that represent the devil and travel up the mountain where Muhammad is said to have given his last sermon. Sheep are slaughtered, and the meat is given to the poor. 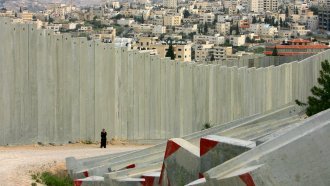 The Kaaba — meaning "cube" — is the holiest site in Islam. Islamic tradition says it was built by Abraham and later reclaimed by Muhammad. The Kaaba is the point that all Muslims face during their daily prayers.

One goal of the hajj is to bring together Muslims of different cultures and backgrounds. But at times, the massive event breeds political disputes.

Those disputes usually erupt between Saudi Arabia, officially a Sunni country — and the home to both Islam's holiest cities Mecca and Medina — and Iran, which is officially Shiite. When a 2015 stampede left hundreds or possibly thousands of pilgrims dead, Iran was quick to point the finger of blame at the Saudi royal family.

This year, a diplomatic row between a Saudi-led coalition of nations and the small nation of Qatar has led to uncertainty for Qatari citizens wanting to make the trip.

Near the end of the hajj, Muslims around the world celebrate Eid al-Adha, the "Feast of Sacrifice."

The feast marks one of two major Muslim holidays celebrated each year; the other, Eid al-Fitr, is celebrated at the end of Ramadan.