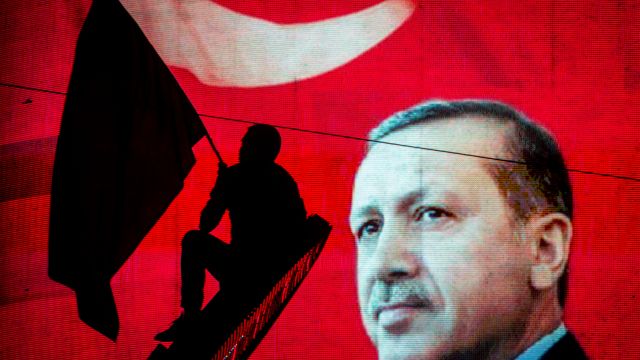 SMS
Here Are All The Jobs Cut (So Far) In Turkey's Post-Coup 'Purge'
By Jake Godin
By Jake Godin
July 19, 2016
Turkey has been busy handing out suspensions, dismissals, resignations or jail time to government workers since the failed July 15 coup.
SHOW TRANSCRIPT

So, Turkey has suspended, dismissed or asked a lot of people to resign ever since the failed July 15 coup.

Turkey says it's doing this to root out any pro-coup sentiment in the government.

Others have suggested Turkey's government already had these lists prepared.

Turkey's allies have warned it about backsliding from democracy.

"We also urge the government of Turkey to uphold the highest standards of respect for the nation's democratic institutions and the rule of law," John Kerry said at a European Union meeting.

Whatever the case may be, Turkey's canceling vacations for its remaining government employees — most likely to ensure the government can, well, you know… still run.

This video includes images from Getty Images and clips from the European Commission Audiovisual Service and Haberturk. Music provided courtesy of APM Music.